We sold out! Thank you for coming to the First Annual Latina Comedy Festival!

The dream starts here! We’ve been thinking about a Latina comedy festival for years and decided there was no better time than now! In celebration of National Latina Day, we set up an EXTRA loca showcase featuring Chicagoland’s most hilarious Latinas!

Did we have million dollar brands as sponsors? NO!

Did we have shows across 20 venues across the Chicagoland area? NO!

Did we have multiple days of Latina comedy entertainment? NOT YET!

BUT we are small and mighty and passionate about being loca and supporting other locas! We’re kickstarted our first festival with a one showcase marathon of over 15 hilarious Latina comedians! Thank you for supporting our dream by coming out to the first Latina Comedy Festival!

Please follow the comedians who performed on their social media listed below: 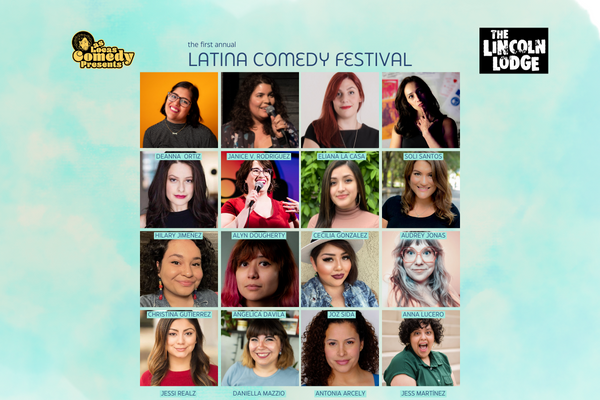