While the move to virtual stand up comedy during the COVID-19 pandemic has been met with both praise and skepticism, Las Locas Comedy is taking advantage of opportunities that the physical boundaries of a “normal” world do not allow.

Founder and producer, Janice V. Rodriguez, believes it is imperative to keep moving forward despite, and sometimes in spite of, the limitations caused by the COVID-19 pandemic. “I think it is more important than ever that we’re out here making people laugh while continuing to talk about important issues. Embracing the online format has allowed us to reach more people in different areas across the U.S. and stay active in the community versus just going dark because we can’t meet in person. It’s important that we’re still talking to our community through comedy,” said Rodriguez.

Their loyal following of “#Locas4Life” have not gone dark either and their efforts to adapt to the new normal have paid off. On September 19th, Las Locas Comedy Presents: The Real Cinco de Mayo Show drew an audience of over 60 people, comparable to in-person performances, and raised over $300 for Enlace Chicago in honor of Hispanic Heritage Month.

Las Locas Comedy is a Chicago-based Latina focused monthly comedy showcase originally founded by comedians Janice V. Rodriguez (janicevrodriguez.com) and Soli Santos and currently produced by Rodriguez and comedian Jess Martínez. The debut show in February 2017 was standing room only. Las Locas Comedy’s popularity and show attendance continued to grow with each subsequent show. Las Locas Comedy was started to create a platform and performance opportunities for Latina comedic talent and other female identifying/non binary comics in the Chicago area. It has been Chicago Reader Recommended and dubbed a “Must See Comedy Event” by Red Eye. 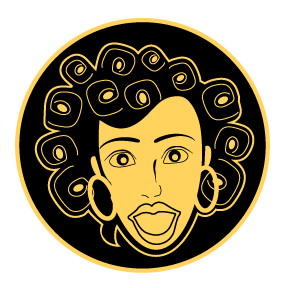