Las Locas Comedy is back with season 2 of Las Locas Live, our Facebook Live show that interviews some of your favorite #locas4life to talk about important and not so important issues alike. We’re excited to have a featured comedian from our October 2020 show, the hilarious Maria De La Ghetto, as our guest on a first episode of Season 2 on Thursday, January 14th, 2021 at 8pm central time.  You can view this loca interview show for FREE on Facebook Live or on Lady Laugh’s Comedy Twitch Channel.  For a Facebook reminder when we go live, please select GET REMINDER here.

Maria De La Ghetto is an LA-based comedian, born in the Philippines, but raised in Highland Park, a neighborhood in North East Los Angeles. Growing up half Filipino and half Mexican made for an interesting upbringing because everyone thought she was Hawaiian. Her comedy is a collection of experiences from navigating being a misfit in minority groups to being the fat kid in class. She’s performed at San Diego clubs such as Mad House Comedy Club and The Comedy Palace, and in LA Comedy Clubs such as the Flappers Comedy Club and Haha Comedy Cafe. She is currently part of The Misfit Toys Comedy Studio, a studio that focuses on promoting women in comedy. She co-hosts a weekly live show every Thursday at 2pm PST with the Misfit Toys. 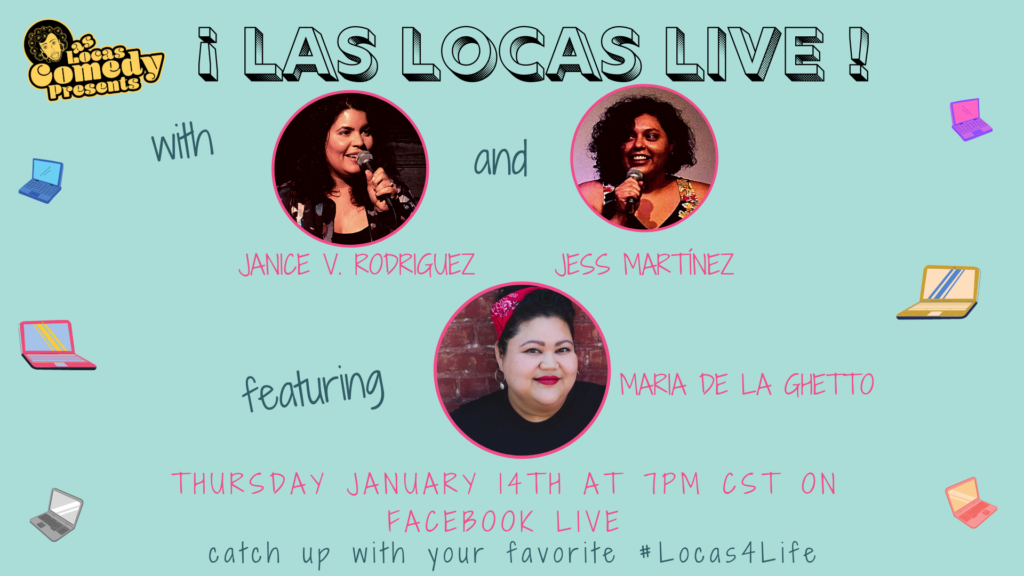